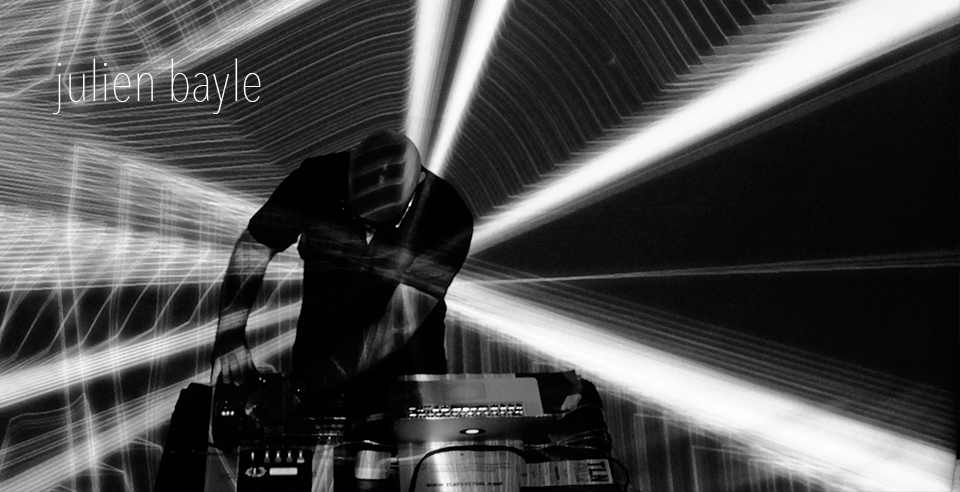 Born in 1976 in France, Julien Bayle started to explore sound and music around 1990 with a number of projects trying to show a different vision of music sequencing.

Working at the crossroads of visuals and sound, he seeks to merge visual art, music composition, physical approach of sound art and data visualization by creating advanced programmed installations and audio/visual live performances. He tries to show invisible things nested and hidden everywhere.

He performs under the names Protofuse and Julien Bayle.

He has been teaching digital arts at École Supérieure d’Art et de Design Marseille-Méditerrannée since 2013 focusing on Ableton Live, Max7 (formerly Max/MSP) and Max for Live as well as artistic and aesthetic. He is also an official Ableton Certified Trainer involved in programming and knowledge sharing.
Currently, he has been researching new ways of performing audio-visual live performances, building his own tools and softwares by coding alternative sequencers.

He already performed his new live project named ALPHA in Scopitone and RIAM Festival in France and will tour it in 2015 from Canada to UK and France. ALPHA involves sounds, visuals, algorithms and providing a unique experience where sounds and visuals are merged as a dense electronic matter in which the audience can deeply immerse. Its radical aesthetic is really unique and push the artist into new territories of expression.

He is collaborating with a scientific lab: LMA-CNRS (Mechanical & Acoustic Lab) and is about to start an hybrid art/science PhD.