noise canteen: walking along noisy paths. sound experiments with hard- and software. hands-on-live-recordings. artificial soundscapes as well as dance floor based puzzle pieces, something between noise and ambient, drone and idm. 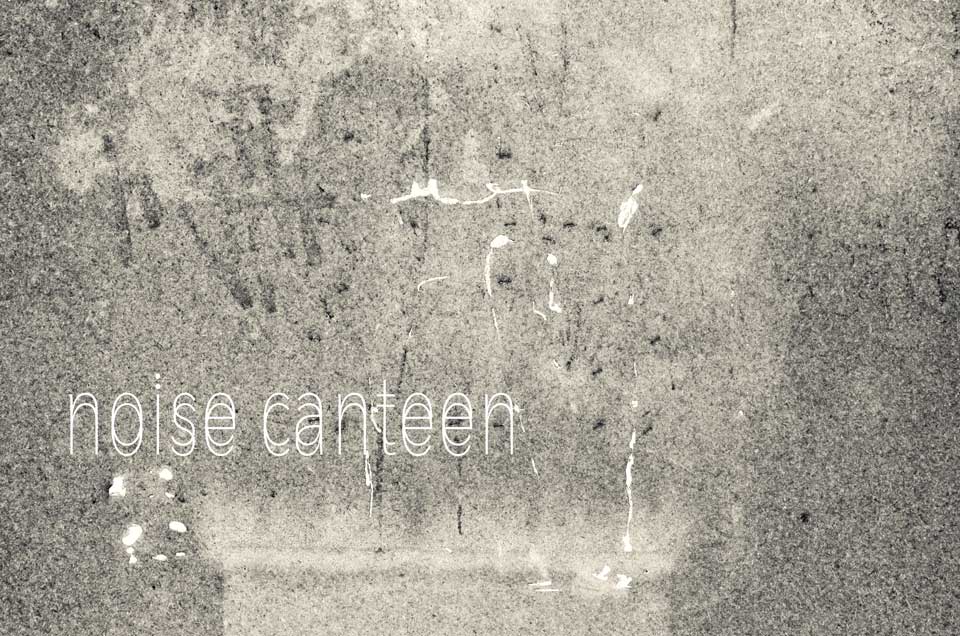 You need a serious explanation? Okay, let’s try: On the one side noise canteen means an open musical concept. It deals with the genre of noise music, but includes a wide range of musical styles and creative, sound-based practices. On the other side it refers to the real spatial situation. The initiators of noise canteen pleines & liebold both are architects. They use the strong spatiotemporal character of sounds for their so called ‘live sound building’.

It influences the spatial situation with particular properties in a very straight way. With techniques of failure, indeterminacy and improvisation they turn a location into another one. It means: noise canteen could be anywhere. And that’s the reason for extending our artist network. You are hooked on it? Don’t hesitate!