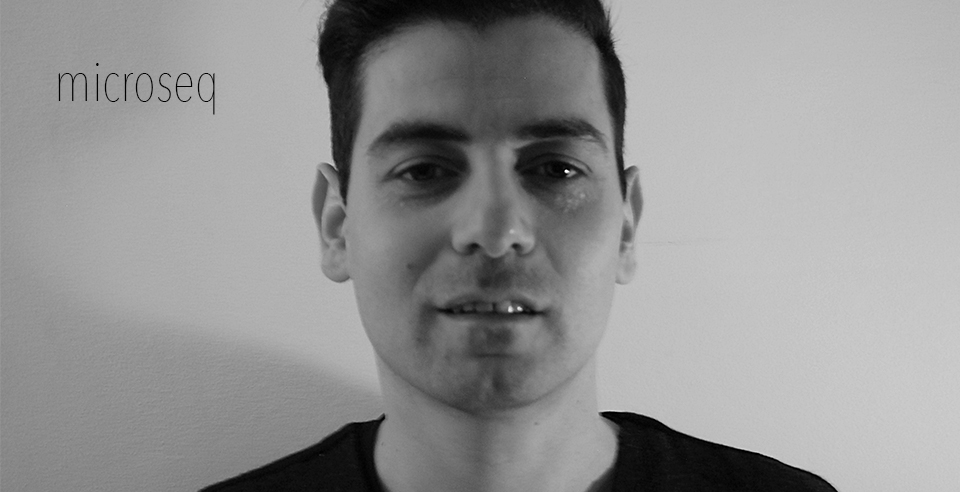 An immersive post-digital sonic world enhanced by the physicality of real-time manipulation of sound synthesis parameters. Sound is manipulated and deconstructed through a complex network of algorithms and various digital signal processing units. Microseq’s novel (sonic) world pursues musical discourse in terms of developmental sound design, where different styles and forms are being introduced, decomposed and warped.

The man behind Microseq is Pandelis Diamantides. His debut album “Green” was released by Bigo & Twigetti label (London, UK) in September 2011 and re-released by Linn Records in hi-resolution for the audiophile. The success of this album follows a series of interesting collaborations with the visual artist Emmanuel Flores Elias (Monotone Studio), choreographer Lia Haraki (Pelma) and creative coder Matthias Oostrik (Marina Abramovic Institute).

His music is presented in places like the prestigious TodaysArt Festival, Bozar Museum, Venice Biennale and featured in broadcasts like Late Junction on BBC Radio 3. A new full-length album is released 11 May 2015 under the title ‘False awakenings’. The audiovisual performance with the same title is set to be performed between 2015–17.