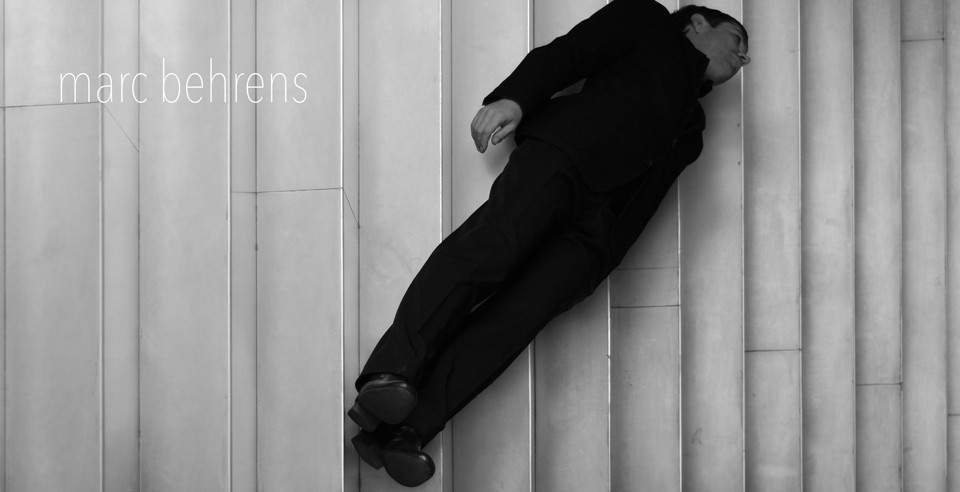 Born in Darmstadt, Germany, in 1970.
Marc Behrens works internationally on several cerebral and physical levels, his work consists mainly of electronic and concrete music, installations and also photographs and video. Since 1989 he has released more than 30 music albums.
His activities since 2008 include sound recording in remote Western China, in Australia, Namibia and the Amazon, founding an incorporated company as a social art work, and staging a rite of passage for an investment banker. After producing radio works for WDR 3 and hr2-kultur, Behrens wrote the radio drama «Progress» in German language for Deutschlandradio Kultur in 2013, in which rituals serve to connect the artist’s family history since 1869 with technical and political history.

2006–2010 Marc Behrens was a lecturer at the Academy of Fine Arts, Saarbrücken, Germany (HBKSaar), and 2007–2009 at the University of Applied Arts Darmstadt-Dieburg, Germany. 2003–2007 he was co-director of the music label Sirr, 2006–2009 co-director of the Frankfurt Association of Contemporary Music (FGNM), 2010–2013 member of Granular (Lisbon). Behrens is a member of the German Association for Electroacoustic Music (DEGEM), and a citizen of The Kingdoms of Elgaland~Vargaland. 1989–1993 he ran the music label «Animal Art», since 2014 his own music label «Availabel».